To those who come to Ukraine for the first time, I’d like to say that this country is not just a beautiful tourist destination. Today, Ukraine is on the frontline of a historical struggle for freedom and democracy. It is fighting a war with Russia over its territorial integrity and independence.

In February 2014, armed men seize government buildings in Crimea and staged an illegal referendum on secession from Ukraine. Russia then annexed Crimea and began supporting separatists in eastern Ukraine. Since then, more than 10,300 people have been killed. More than 24,000 were injured, nearly 2 million Ukrainians have been forced to flee their homes, and almost half a million Ukrainians have sought refuge in other European countries.

Ukraine’s army has shown incredible courage and resilience as it has fought against Russian-backed forces in the east of the country. The international community must show equal resolve to help Ukraine achieve peace and security.

Ukraine is also struggling to reform its economy and strengthen the rule of law so that all Ukrainians can enjoy prosperity, security and freedom. This is an immense challenge that requires time and patience. But it’s worth it because we are fighting for our future — for children’s future.

Ukraine is fighting two wars: one against an illegal invasion by Russia; and another against corruption. This fight is far from over. While Ukraine has taken steps to root out corruption at the highest levels of government and society, there is still much more work to be done. With strong Western support, Ukraine can continue to build a free and prosperous future for itself — a future free of Russian aggression and influence.

The People Of Ukraine Are Strong And Not Giving Up

If you’re reading this, chances are you’ve been paying attention to what’s been happening in Ukraine. The media coverage has been pretty intense, with new developments every day and lots of voices adding their commentary. Amid all this noise, the Ukrainian people have spoken out loud and clear: they want their country to be a part of Europe and they’re ready to stand up for what they believe in.

Thousands of Ukrainians have been standing on the streets of Kyiv for over two months. This is not about one person or one political party; this is about an entire nation that has decided it wants to live in a country where government officials are elected, laws are enforced and justice prevails. Ukrainians want a country where bribery is not an essential component of the economy and where a corrupt official can be prosecuted instead of promoted. They want to live in a Ukraine where there are no limits on freedom of speech, no limits on freedom of assembly, no limits on who you can marry or even what you can wear.

The people on the streets of Kyiv and other cities across Ukraine are fighting for their right to determine their own future and choose their own path as a nation.

As you may have heard, there has been a lot of turmoil in Ukraine over the past few weeks. The people of Ukraine have risen up against the corrupt regime of President Viktor Yanukovych and are demanding democracy, freedom, and a European future for their country.

The Ukrainian people are not alone in their fight. Across the globe, people like you are joining together to support them with words and deeds. At this critical moment, as Ukrainians bravely defend their rights on the streets of Kyiv and other cities, it is important that we stand with Ukraine in every way we can.

Meaningful Ideas To Support Ukraine And Stand With Ukraine

In light of the latest developments in Ukraine, we have compiled a list of 12 meaningful ideas to support Ukraine and stand with Ukraine. 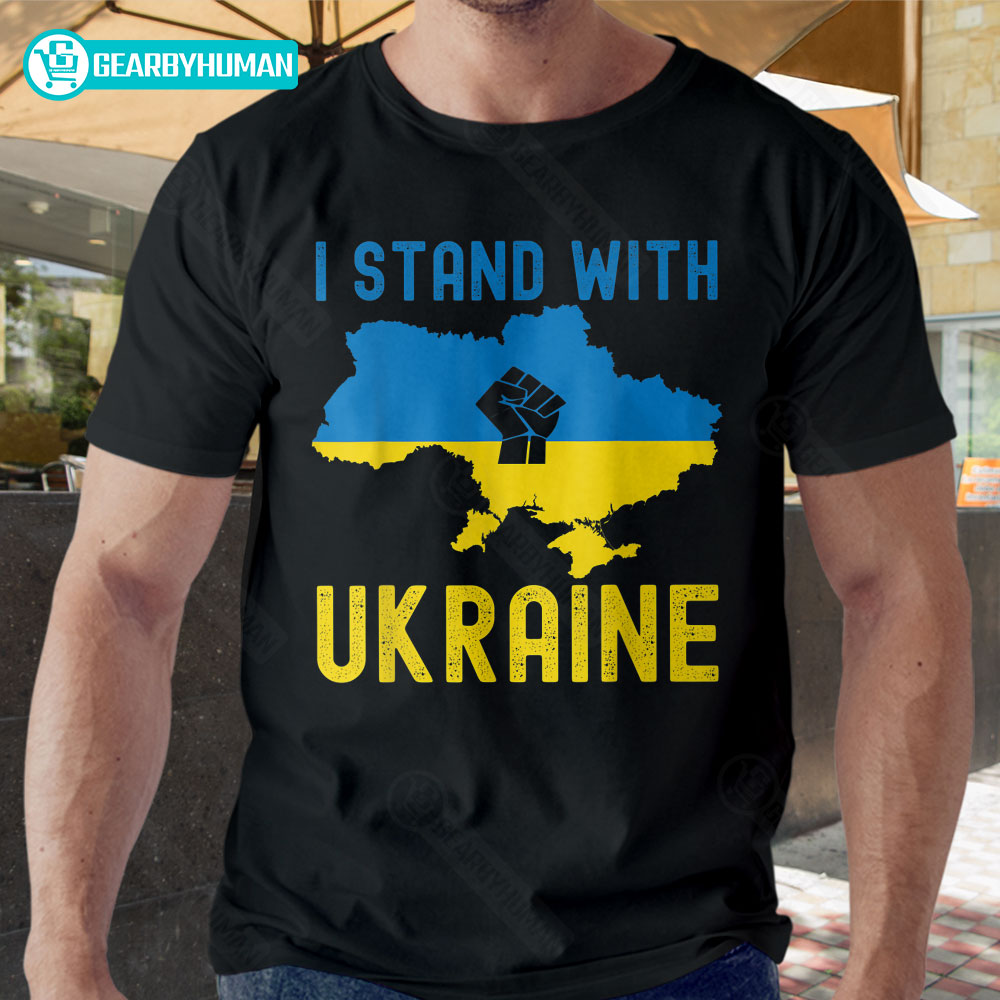 I Stand With Ukraine Flag Support Ukrainian T-Shirt with the country’s flag and blue and yellow colors. Perfect to show support and raise awareness for those in Ukraine who stand for democracy and freedom. Wear this tee at a rally and wear it with pride. I Stand With Ukraine. 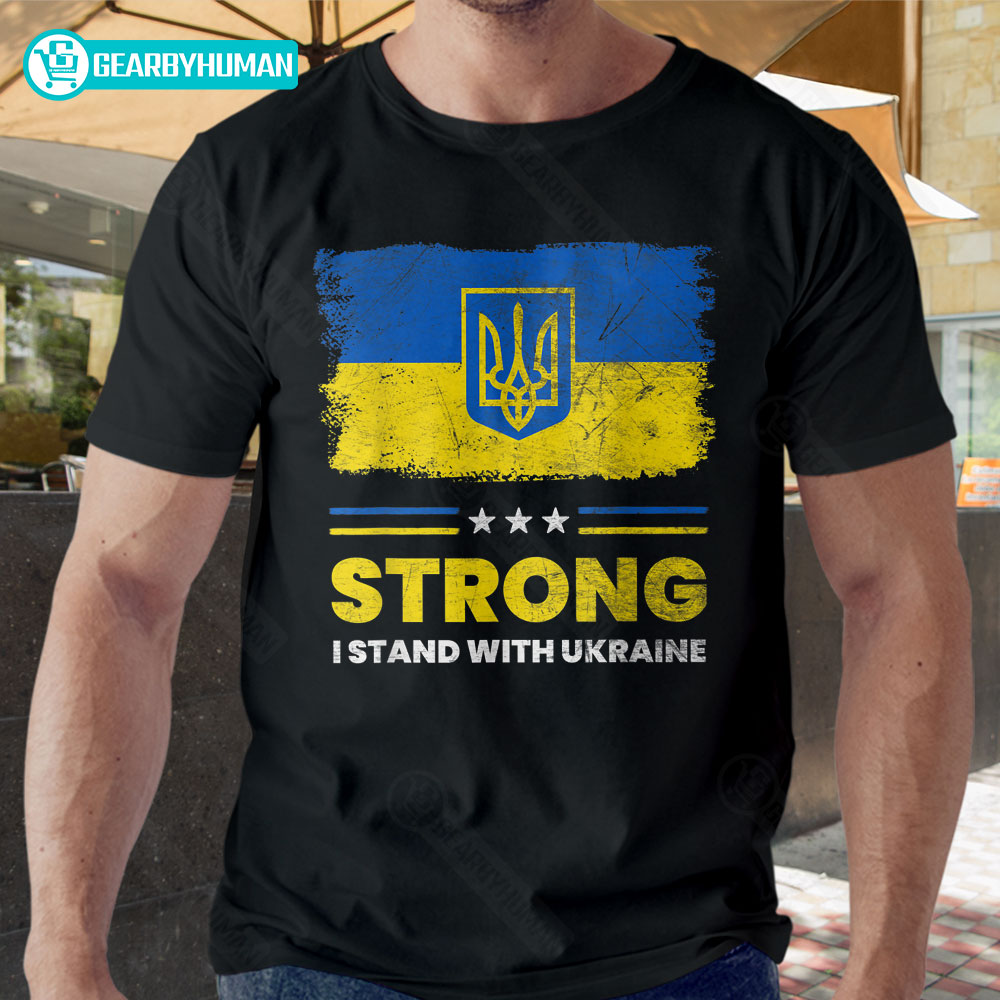 I Stand With Ukraine Flag Ukrainian Support T-Shirt. I stand with Ukraine and I believe in a Free Ukraine with no threat from Russia. If you are against Russian invasion in Crimea and support Ukraine, this shirt is for you! A great gift idea for anyone who loves Ukraine. This t-shirt is made from 100% cotton and will not shrink in the wash. 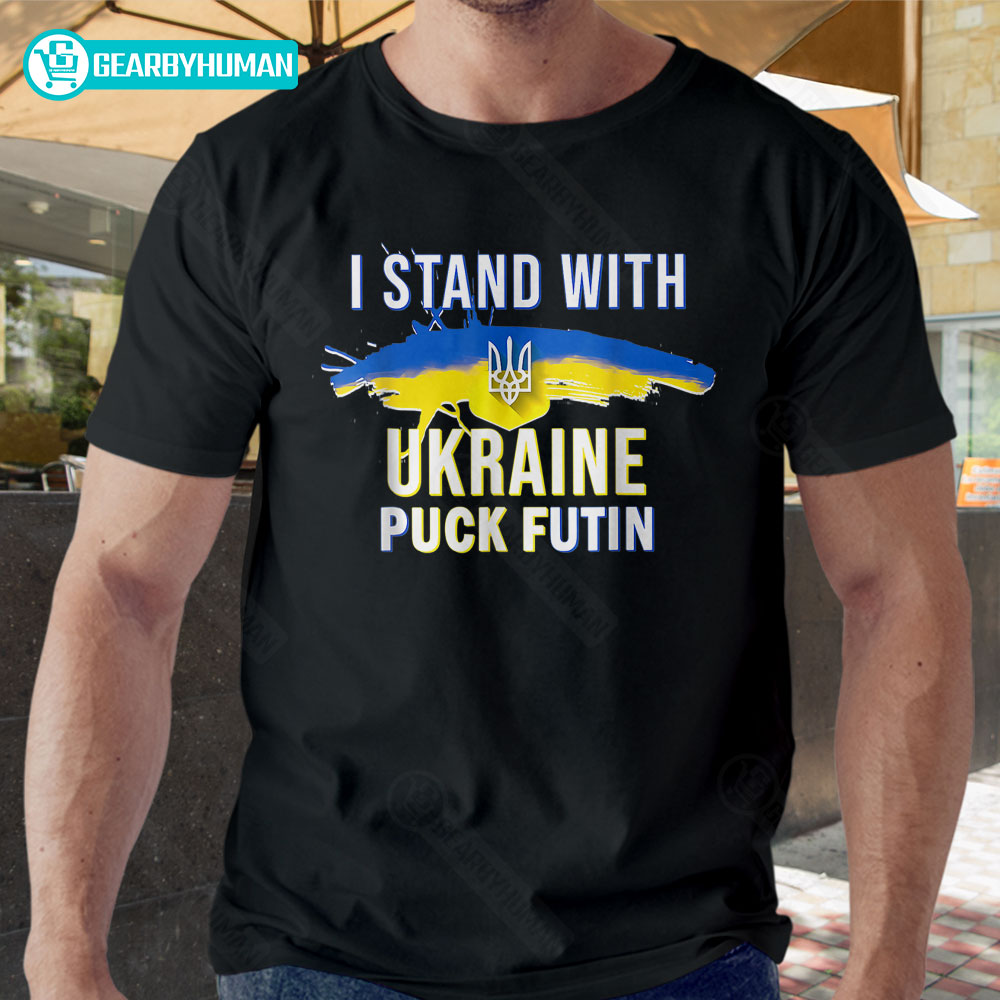 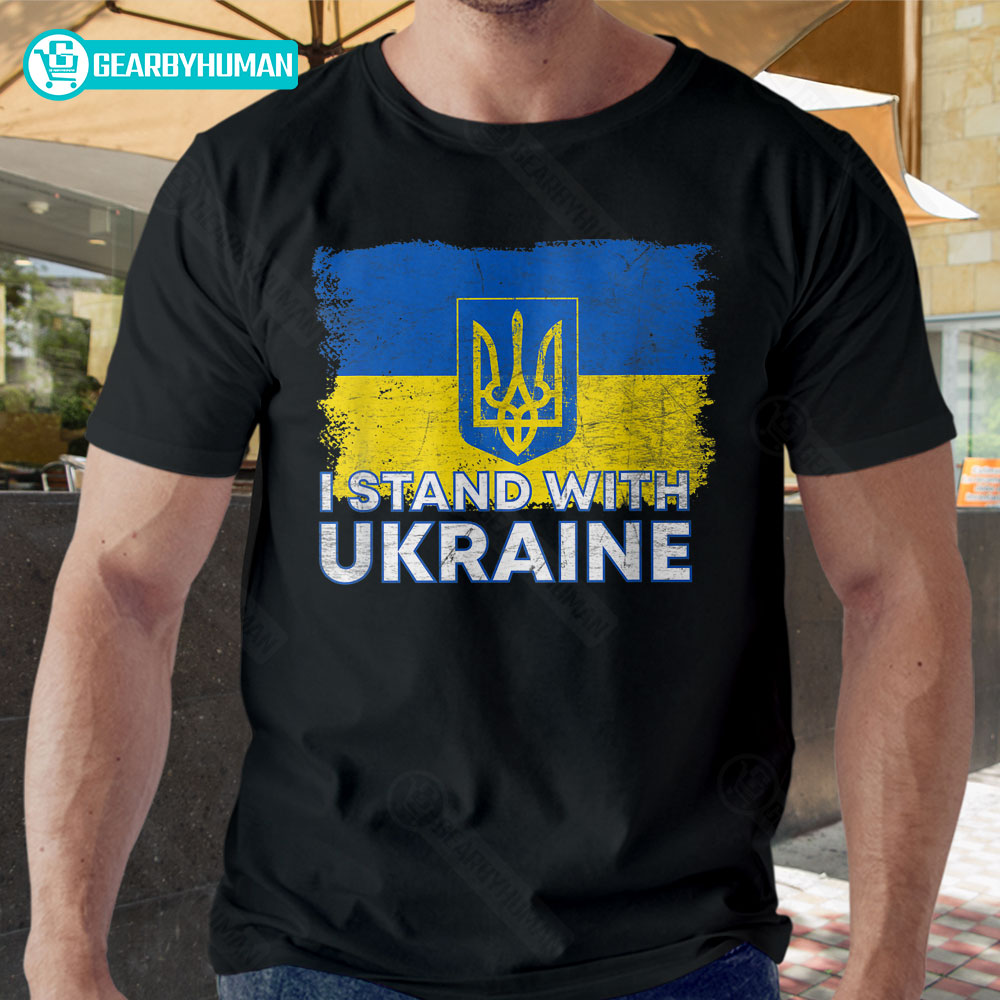 I Stand With Ukraine Gnome Pray For Ukrainian Sunflower T-Shirt 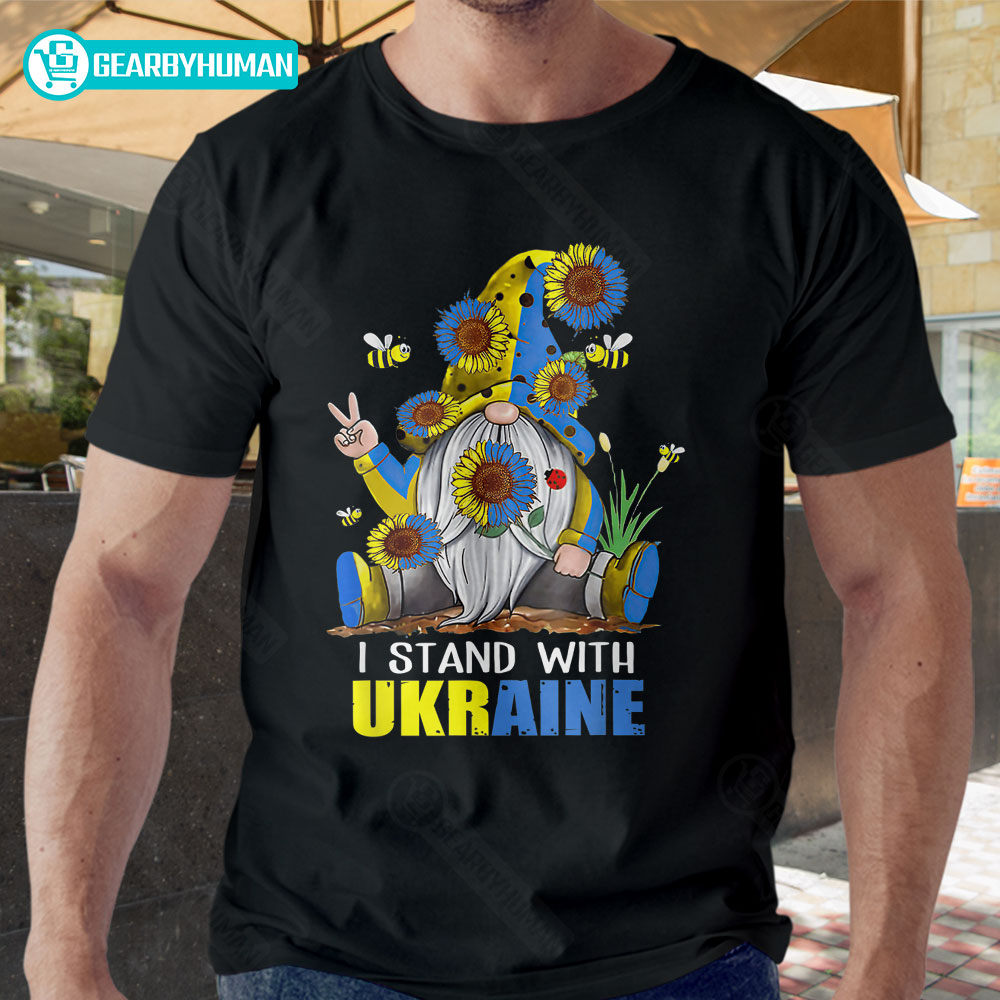 This gnome is ready to stand with you to show your solidarity with the people of Ukraine and their struggle for freedom. It’s a great way to express your support for Ukrainian protesters and those who have lost their lives fighting for democracy. This t-shirt is a great gift for proud Ukrainians and those who stand with Ukraine. 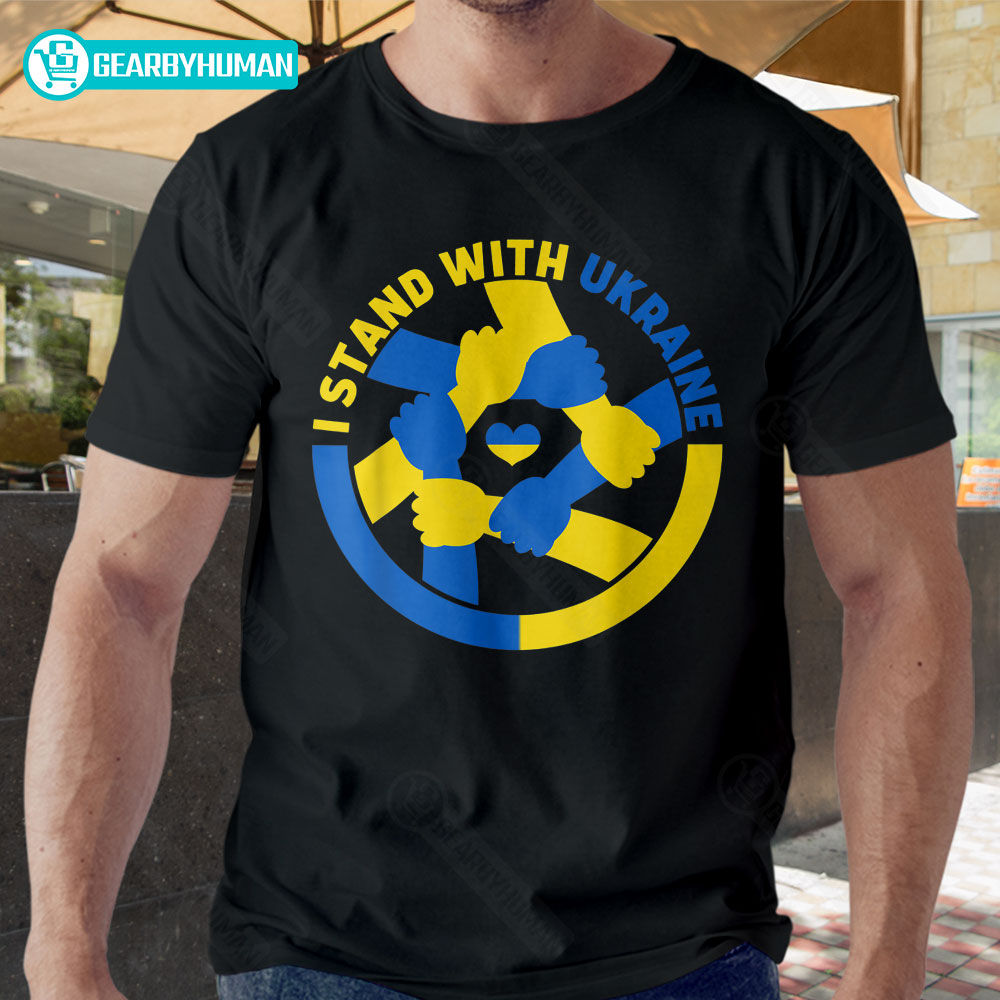 I Stand With Ukraine Solidarity Unity Support Ukrainian Flag T-Shirt. This awesome tee is the perfect gift idea for anyone who loves showing off their patriotic side. This shirt is a great way to show your pride and love for the Ukrainian nation. 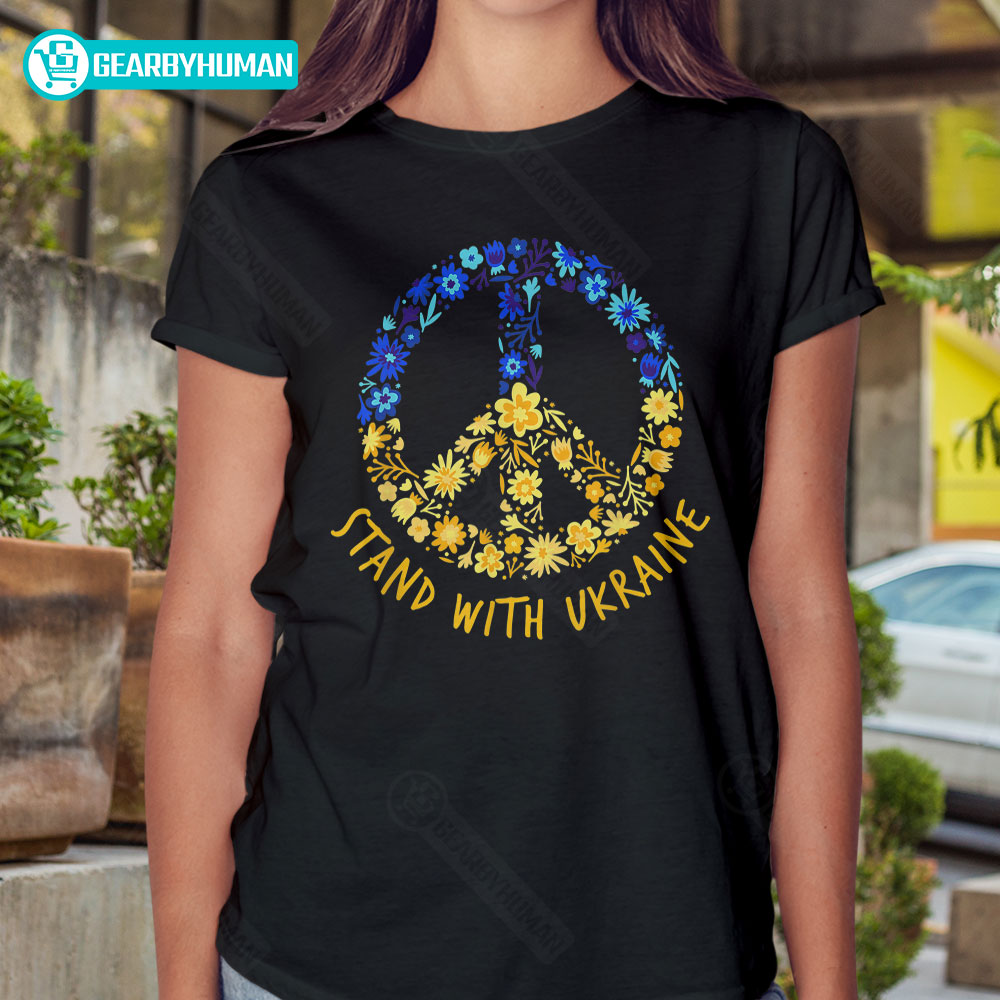 I Stand With Ukraine – Show your support for Ukraine with this Peace Sign design. Stand With Ukraine against Putin’s invasion, Crimea and the Russia war of aggression. Great gift idea for anyone who loves Ukraine and stands in solidarity with the people of Ukraine. 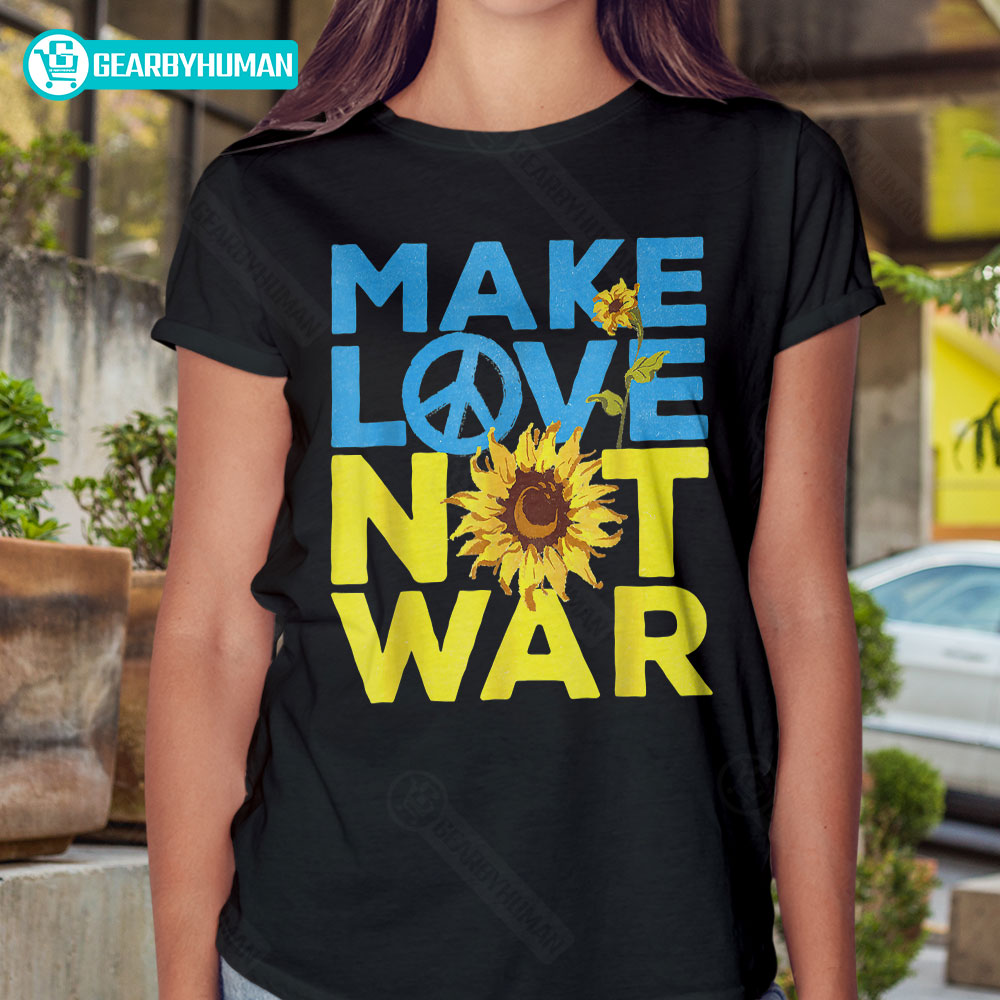 Many people are still in denial and refuse to believe that there is an ongoing war. To those, we say: Wake up. Make Love Not War Sunflower I Stand With Ukraine T-Shirt will help you get noticed and maybe others will support Ukraine too. If you love supporting Ukraine, fighting for peace and helping people, this t-shirt is a perfect gift for you. 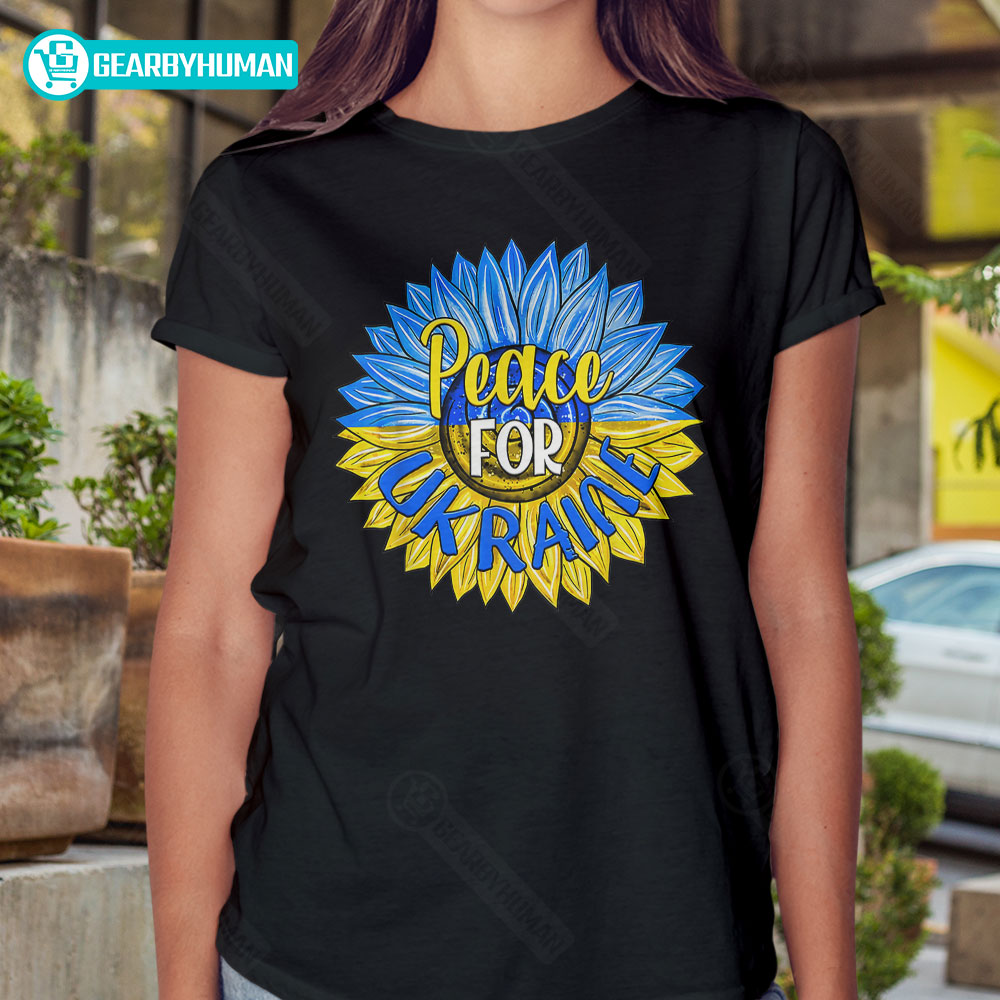 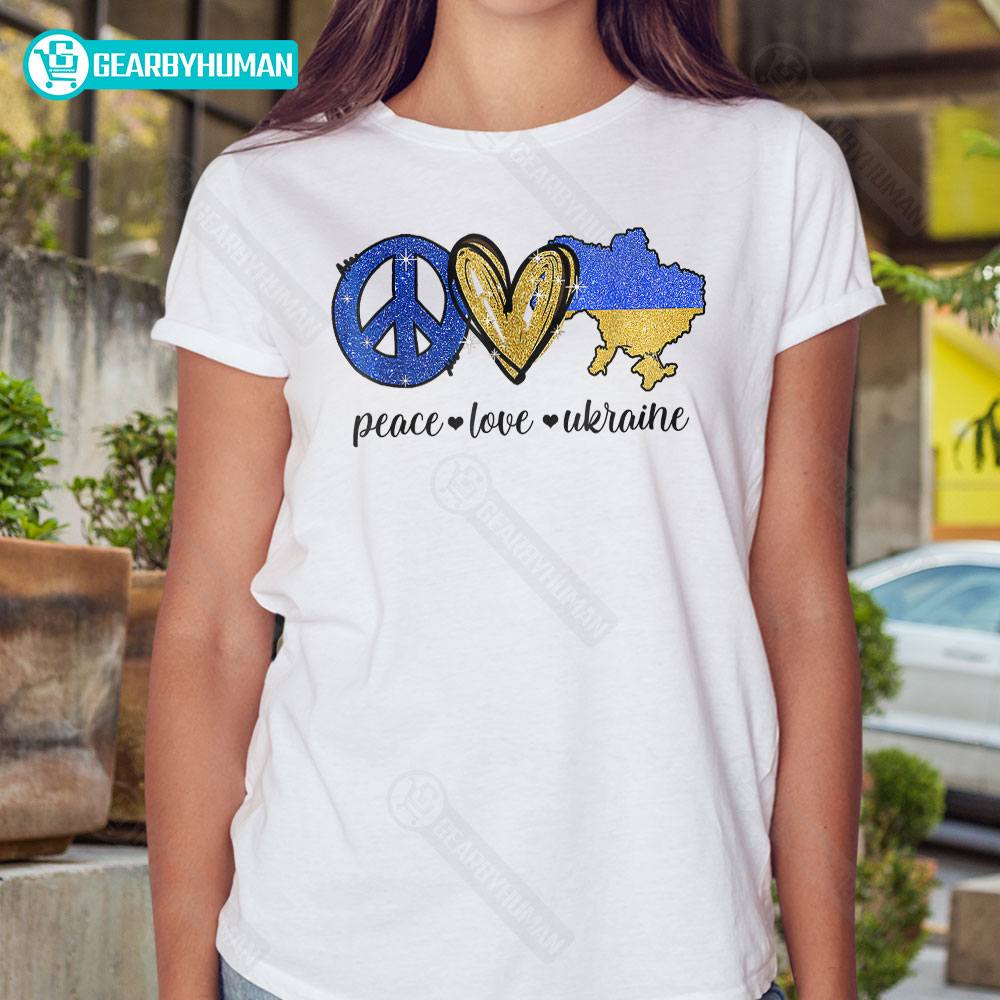 Peace Love Ukraine I Stand With Ukrainian Flag T-Shirt. This t-shirt is a must have for all who support Ukraine or anyone who loves Ukraine. This t-shirt is perfect for showing your love and support for Ukraine. If you believe in peace, love and freedom, then this shirt is for you! 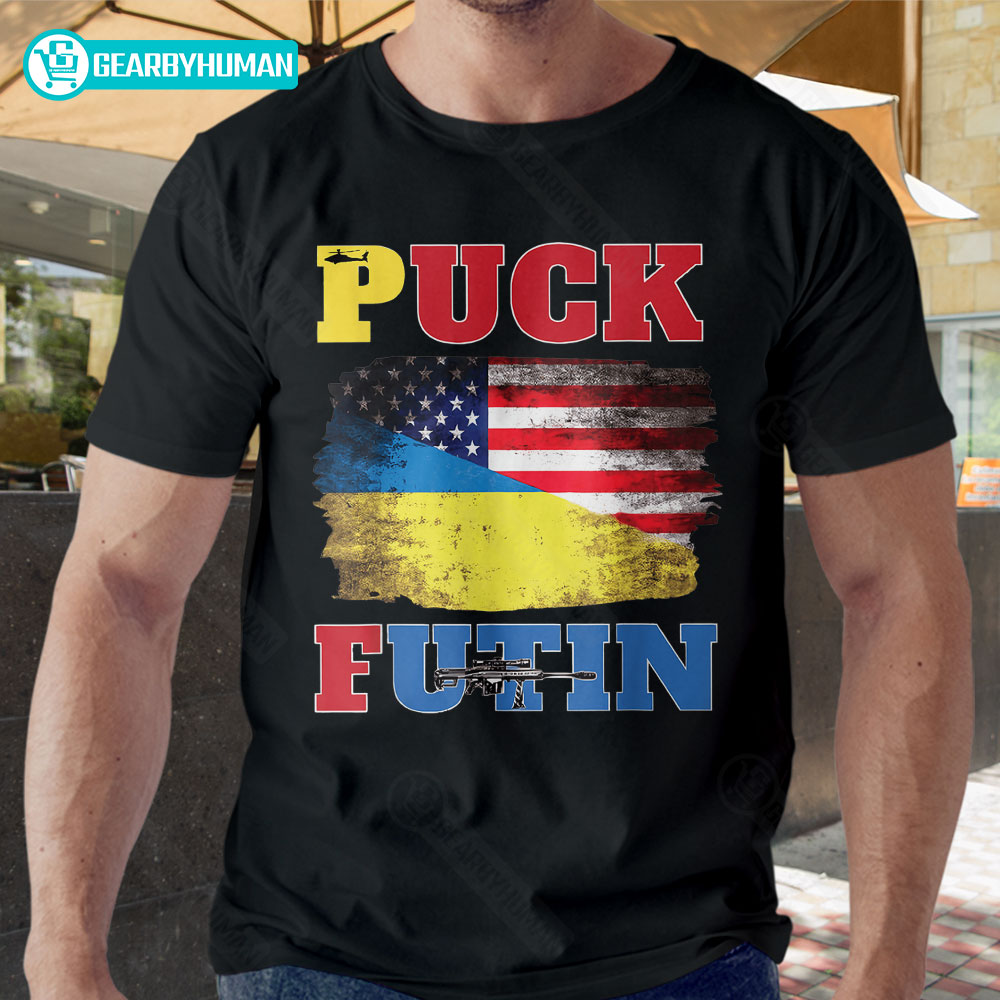 Are you a Ukrainian-American in search of an awesome design to share your pride? Or are you a proud American supporting the struggle for democracy in Ukraine by wearing this shirt? This awesome Puck Futin America USA Ukraine Flag I Stand With Ukrainian Support T-Shirt is a great answer! Grab this shirt to show your support in the name of freedom, democracy, human rights and rule of law. Wear it proudly and liberally. 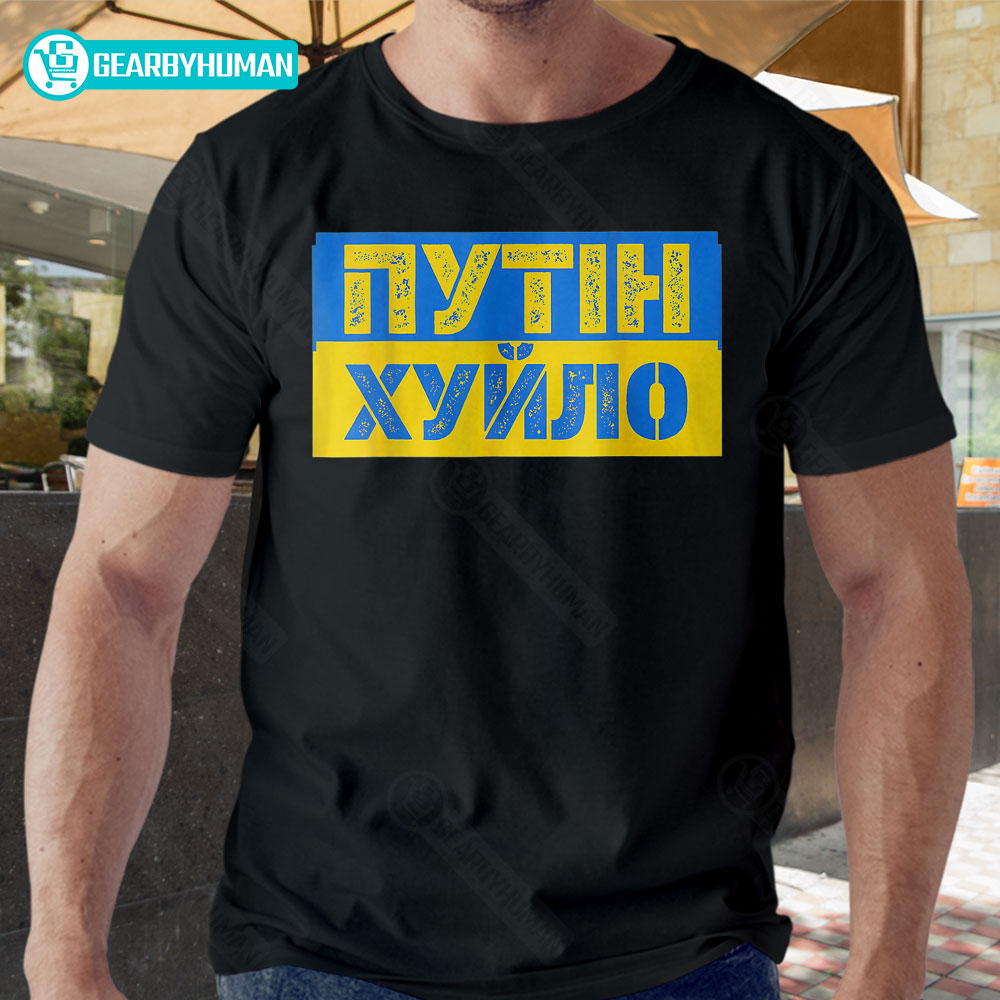 Are you a Ukraine supporter, looking for a funny gift t-shirt to show your love and support, then our “Puck Futin Meme I Stand With Ukraine Lover Support Ukrainian ” T-Shirt is just what you need. The perfect, funny Ukraine supporter t-shirt for men, women and kids.

If you are going to contribute anything, we hope it is a message of love and support to the Ukrainian people. Or join a fundraiser, or provide non-monetary support to Ukrainian schools and enterprises, if that’s what’s best for you. We just want to make sure that those affected by this tragedy can rebuild for the future instead of living with the effects of it for decades. Please know that your efforts are not in vain and that they will help establish peace and prosperity in Ukraine.